Back in March, we spoke with Blaine Garrett of MPLSART.COM, a Twin Cities-centric visual arts website, events calendar and newsletter, about a project he was working on. In July 2020, with a global pandemic raging and the nation reeling from the murder of George Floyd, Garrett had invited some artist friends to respond to the moment in a series of traveling sketchbooks.

At first, it was a way for artists to stay connected in a world that was trying to keep us all apart. The logistics were challenging. Nearly 70 artists got involved, some drawing or painting on one page, some on two. Each time a sketchbook changed hands was a risk, or a series of risks.

The project grew legs and wings. To raise money for the artists, Garrett launched a Kickstarter campaign to fund publication of a hardcover book of selections from the sketchbooks. An exhibition in April at Gamut Gallery included the five original sketchbooks along with new works by several artists featured in the book. In late May, the sketchbooks were part of an online Community Benefit Auction held by Revere Auctions.

Happy endings have been in short supply, but here’s one: The five sketchbooks sold for a combined total of $18,500. They all went to the same bidder, the Minnesota Museum of American Art. The MPLSART Sketchbook Project 2020 is now part of the M’s permanent collection. The sketchbooks will be available to view on its website later in July.

“We just found out about the M acquiring the pieces yesterday,” Garrett said Wednesday by phone. “I had a little bit of an inkling, but the auction house wasn’t at liberty to divulge that. One thing I did want, ideally, was for them all to go to the same place. It just worked out that way. That was really fortunate.

“I can’t think of a better place for them to be. [The M] has so much focus and emphasis on Twin Cities artists that it seems very fitting.

“This was definitely on the optimistic end of how I thought this would go.”

Garrett is spending part of the week writing checks to 69 artists. “Between the sponsors, the net proceeds from the book we put together through the Kickstarter, and then the auction, we’ll pay each artist $350, which includes a $50 gift card from Wet Paint. 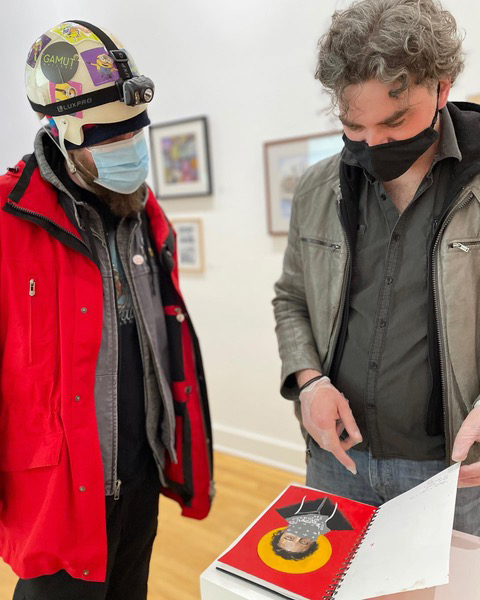 Photo by Cassie GarnerBlaine Garrett, right, on opening night of Gamut Gallery’s MPLSART Sketchbook Project show in April.“This is a welcome financial boost for the artists involved, especially since a lot of them kind of forgot about it. This was work they did almost a year ago now. Several artists have moved over the last year.”

When we spoke with Garrett in March, he mentioned that he was considering another Sketchbook Project for 2021. It’s already under way, begun in April, again with five sketchbooks. Garrett plans to follow the same basic playbook he used for 2020.

“A lot of important events have been captured from this year already,” he said. “Things are still going on, this is a powerful project and we need to do it again.”

Finding artists to participate has been easier the second time around, since so many have heard of the 2020 project. Participating artists for 2021 include Ta-Coumba Aiken, Mary Gibney and Hibaaq Ibrahim.

Meanwhile, things are picking up at MPLSART.COM.

“We’re doing a lot more calendar listings, and more articles are coming down the pipeline,” Garrett said. “And we’re dreaming up some new projects.

“I’m starting to learn to trust my gut when I come up with crazy ideas. I used to think, ‘These audacious ideas are too complex, too outlandish, too out there’ or ‘We don’t have the means’ or whatever. The Sketchbook Project was proof that if you put time and energy into doing something that benefits the community, you can achieve some amazing things. I’m starting to trust those thoughts a little bit more.”

V is for virtual, L is for live and in person.

L News from First Avenue: Not only has First Avenue survived the pandemic, but it’s back with a bang. According to a newsletter sent yesterday, “We currently have nearly 400 shows on the calendar.” So look around, pick one and get tickets. Patti Smith and Her Band on Aug. 7? Heck yes. 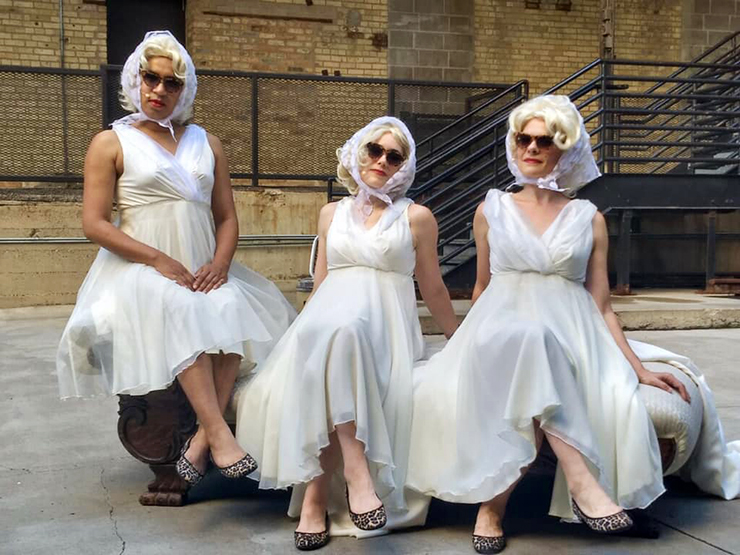 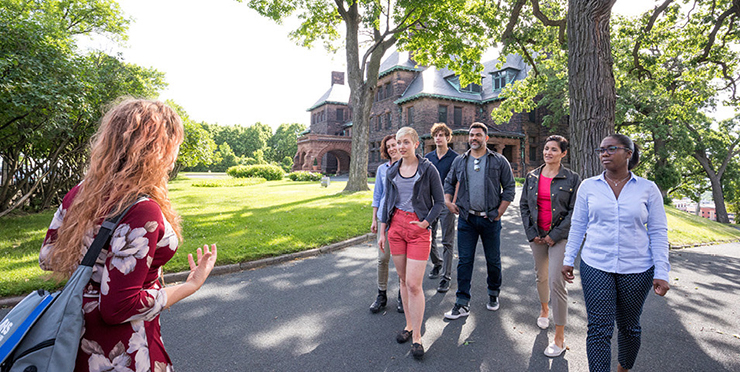 Courtesy of the Minnesota Historical SocietySummit Avenue Walking TourL Saturday, July 3, 11 a.m. and 2 p.m.: Minnesota Historical Society: Summit Avenue Walking Tour. A guided tour of the historic Summit Ave. neighborhood in St. Paul, highlighting its Gilded Age mansions and the people who owned and built them. Tours start at the James J. Hill House and cover 1.5 miles. FMI and tickets ($14/12/10). If you can’t make it this Saturday, here’s a list of dates and times through Aug. 22. NOTE: The Hill House is now open Thursdays through Sundays, with tours offered twice each day. FMI. 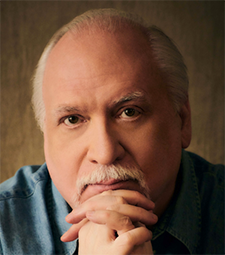 J. Michael StraczynskiV Tuesday, July 6, 5:30 p.m.: Rain Taxi presents J. Michael Straczynski. You’ve seen his work on TV (“Babylon 5”), in comics (“The Amazing Spider-Man,” “Wonder Woman”) and in films (“The Changeling,” “Thor”). This will be the pub date of Straczynski’s first work of literary fiction, “Together We Will Go.” A tale of a struggling young writer and a busload of fellow disheartened people in a journey toward death, it sounds like a movie in the making. Free with registration.