This year has been a difficult one, both within competitive Rainbow Six and worldwide.

After last year’s Six Invitational, things were looking bright and it was never more exciting to be a Siege fan. But, almost immediately after the conclusion of SI 2020, the world was thrown into lockdown because of the deadly COVID pandemic.

As a result, international competition was entirely stopped throughout the whole year, only returning with the recent Six Invitational 2021. Because of the unprecedented circumstances, we have been forced to make some changes to the awards.

The technical end of year 5 was in February, when the Six Invitational was originally scheduled to happen. However, after the announcement of the three-month postponement of Siege’s world championship, we made the decision to also postpone our awards, so that we would have at least one international competition to use.

This means that the period of consideration for these awards is slightly longer than the strict definition of ‘Year 5’, because it has been moved to include the Six Invitational 2021. 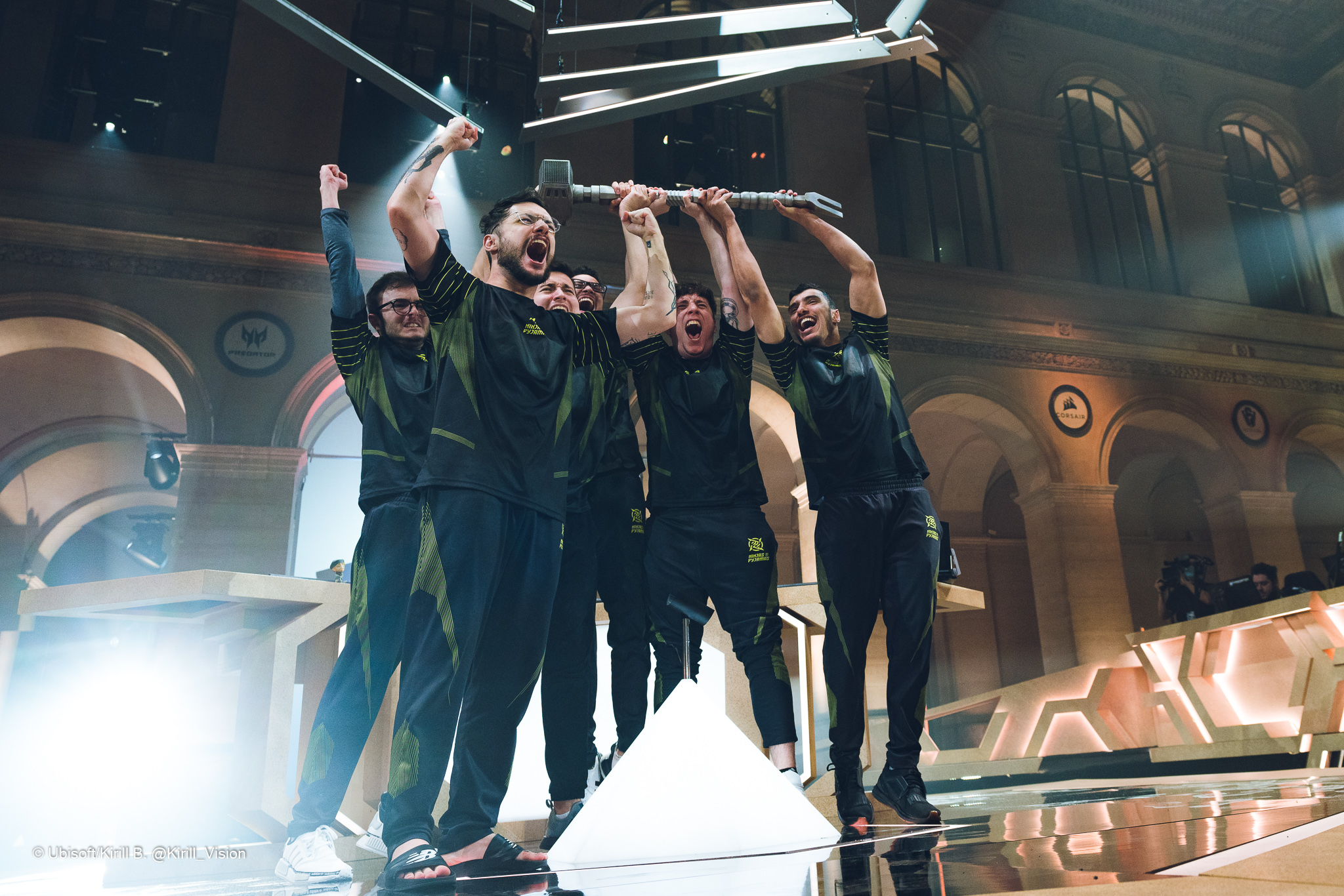 The following are the awards to be distributed, as well as when the winner of each will be announced.

Play of the Year – June 8th

Team of the Year – June 8th

Match of the Year – June 8th

Rookie of the Year – June 9th

Caster of the Year – June 9th

The heart of the awards is our list of the Top 10 Players of the year.

At SiegeGG, we strive to keep Rainbow Six fans informed, particularly in the realm of statistics – our position gives us the unique opportunity to aggregate the stats from an entire year’s worth of competition to pit the very best players in the world against one another.

When composing the list, we take many factors into consideration: a player’s individual statistics, team success, individual accolades (MVP and EVP awards), and the context in which this all occurrs.

In past years, we have placed a premium on a player’s performance in international competition, but because we only have a single international LAN to consider this year (the Six Invitational 2021), we are forced to place a higher premium on online play.

Two players will be announced each day from June 10th to 14th, counting down from tenth to first.

After the full list is complete, we will also release an unordered list of ‘Honorable Mentions’. These are players that were top performers throughout the year, enough to be in consideration for a top ten spot.

Unfortunately, the list is limited and there are often more players we believe deserve commendation.

Play of the Year

The Play of the Year award is given to the single best highlight performance in the given year.

This is not simply the feat of mechanical difficulty that is pulled off, but also the context of the play itself. The player, their opponents, their environment, stakes, and reactions to the play are all factored into our consideration.

Team of the Year

The Team of the Year is the roster that has had the most overall success throughout the year of competition. This can mean winning tournaments, placing highly, and defeating strong opponents.

A ‘Team’ in this context is a single roster of five players, so an organization that makes a roster swap mid-year will be considered as two separate teams for the purposes of this award, each with its own successes and failures.

Match of the Year

The Match of the Year is the single series (Bo1, Bo3, or Bo5) that was most exciting throughout the whole year.

Like the Play of the Year, the quality of the plays and the context in which they occur are both measured. The two teams competing, their narratives, the stakes of the match and more are all factored into the decision.

Rookie of the Year

The Rookie of the Year is the top-performing player who is completing their first year within the top flight of competitive Rainbow Six Siege. Once a player has completed a full year in ‘Tier 1’ competition, they are no longer eligible for this award.

The rookie of the year award is separate from the Top 10 Players list, which means that a player can be in contention for both (assuming they meet the criteria).

Caster of the Year

The Caster of the Year is the member of broadcast talent (play-by-play, color commentary, hosting, and desk analyst roles are all considered here) who most brings the beauty of Rainbow Six to life.

This can be through memorable commentary, deep analysis, heart-pumping hype, or any other way the caster chooses to perform their craft. Without them, our experience watching the best compete would not be the same.

Community Member of the Year

The Community Member of the Year award is the hardest category to define. It is intended to honor exemplary dedication to the competitive Rainbow Six community in the many ways that are not defined by the above awards.

It could be a content creator, support staff, social media influencer, or anyone else that puts their time towards making the competitive R6 community a better place.

Be sure to tune in for the SiegeGG Year 5 Awards as they come! You can look back at last year’s Year 4 Awards here.